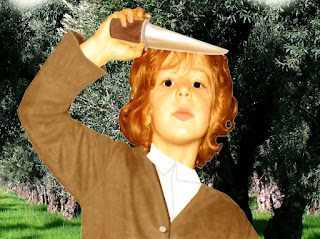 Year 1 = the date of Altrada’s birth (1st of the Racer: 1 – she restarted the calendar in her honor; previously 1st of the Racer: 1723). Empress and founder of the current dynasty of the Nashidran imperial family. (She was also the most famous Mindbender in modern history.)

Year 1 bA = the year before Altrada was born. There is no year 0.

Alignment Day – the day all seven moons align, causing extremely high tides for several days before and after.

Due to the seven moons, the ocean waves are extremely tall. Coastal cities are built on cliffs and are usually protected by seawalls. All ships must be lifted over the seawall for loading and unloading, and for protection from Alignment tides.

Names of Lunars and Seasons

Nashidra – northwestern quarter of the eastern continent.
(natives and the language are referred to as Nashidran)
Cities: Na (capital of Nashidra), Shi, Dra, Nielad, Sed, Har
Islands off the north coast: Moralakarakara, Aloshmacea

Setoya – eastern half of the eastern continent
City: Kerov (natives are Kerovi)
Includes: Kerovi Coast (where demons once roamed) and the Setoyan Plains
Nomads called Setoyans (Tribesmen, in their own language) live on the Setoyan Plains

Nriban Peninsula – western peninsula of the western continent
Cities: Nriba, Ercha (the source of Erchan cha, and the first step on the Wizard’s Route)

Kresh – south coast of the southwestern continent
Cities: Kresh, Erlan (dead city; should be the first step on the Wizard’s Route, but that information was mis-transcribed and lost.)

Cursed Lands – eastern half of the southwestern continent
City: Matar
Includes: The Chalder (desert) and Deathsong Pass (legendary on the Wizard’s Route)

Kerovi Coast
Demon – intelligent, magic-resistant, perpetually hungry being. By 1650, demons were extremely rare. Before 1000 bA, the Kerovi Coast was overrun with demons. Humans and dragons have attempted to hunt demons to extinction.

Dragon’s Eye Range
Dragon – intelligent, magic-using being. They detest humans, but tolerate wizards. They tend to live for 2000 years.

Zedista worships the Weaver and her Loom and Shuttle, taking note of an individual’s thread.

Feda worships Mother Tide, her son, the Ocean, and his daughter, the Mist Maiden

Paduans worship all dragons, but especially the temple dragon

Setoyans worship the Thunderer and the Wind Dancer, with a nod to the Deathsinger. They honor physical strength. They measure worth by a man’s height.

Color Symbolism and Magic Use

Anyone can do magic – if they want something badly enough. The stronger the will, the more likely it is that magic will respond. The more one knows about any given subject, the easier it is to manipulate the magic to achieve the desired results related to that subject. Unintended consequences due to ignorance are a common problem.

Magic always has a price. Usually it will be measured in fatigue, but magic use also affects the mind and can lead to emotional instability. The use of specialized ingredients and tools can mitigate the personal cost. Unintended consequences are a common problem.

Sorcerers study magic. They are the academics of the magic world. They write and collect books. They prefer to stay at home and read about other parts of the world. They measure their progress by levels. When a sorcerer reaches the ninth level, he or she is considered competent to attempt the Wizard’s Route.

Magicians employ magic. They are entertainers, using illusions, showy spells and fireworks. They love to travel, learn spells from new friends and see the world for themselves.

Sorcerers and magicians have the same skills and abilities. They simply use the magic for different purposes. Both groups despise the other, but admire and fear wizards. They generally choose their ‘type’ based on their personality. They rate spells by level of difficulty, and believe that spells above the ninth level are the purview of wizards. Most spells used by sorcerers and magicians rely on individual will and specialized ingredients. They can live for 250 years

An apprentice starts at the first level and progresses to the ninth level before being encouraged to attempt the Wizard’s Route. Most are too wise to make that journey. Those who do usually fail and are never seen again.

Wizards have been absorbed by magic. All wizards are all insane to some degree. Their magical ability relies on individual will and on their remaining sanity. They can be distracted and overcome by non-magical means, but this is very rare. Wizards claim they've chosen a public name, usually based on a natural feature or creature of their world. They can live over 1000 years.

Mindbenders are a very rare type of magic user. Very little reliable information is available. They appear to have only one magical gift: the ability to take over another person’s mind and warp that person into subservience. It is believed that they can only control a handful of people at any given time. No method of education is recorded. Altrada is the most famous Mindbender in modern history. She lived for nearly 1200 years.