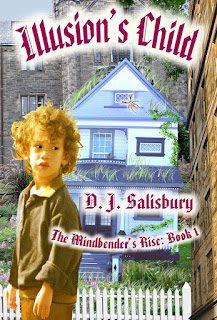 Dead Wizard's Loot -- The first in my new series

Stealing from any magical being is always a bad idea, but when Jamie and Aidan pilfer souvenirs from a dead wizard, they crack open a cage they don’t even know exists.

Wizard Whitewing-Viper returned home only three days ago, and right now he thinks his biggest problems are deciding how to organize his library, figuring out how a pair of teenagers got into his magical labyrinth, and understanding an oddly-behaving air sprite.


Now on Amazon! You can buy it here.